The Industry’s 2019 Consensus: Hybrid Multicloud is the Next Big Thing

When TechTarget launched this site in the latter part of 2018, we named it “Spotlight: The Hybrid Multicloud Experience.” At the time, we felt we were perhaps a bit ahead of the curve. NetApp was pretty much the only vendor talking about this type of environment as the next critical step in the evolution of IT in the cloud era. In fact, NetApp has been so far ahead of the curve, they actually began articulating this vision four years ago with the release of their Data Fabric technology.

Not only are other key vendors coming around to our point of view, but if you look at the myriad articles and analyst reports focused on “Top Cloud Trends for 2019,” it is virtually impossible to find a single one that does not talk about the shift to multicloud as a critical driving factor for IT. Here are just a few examples:

Multicloud is almost becoming the default cloud strategy as organisations look to avoid vendor lock-in, granting themselves greater flexibility in deploying the most relevant cloud across different departments and functions. While such an approach offers the added bonus of improving ROI, it is the increased performance and autonomy which are most appealing to enterprises. Instead of being restricted to the ecosystem of one vendor, a multi-cloud approach permits organisations to deploy a mixture of cloud apps to suit their needs across the business, while at the same time technologies such as Kubernetes can be used to containerise and deploy applications across different cloud providers when necessary.

Multicloud deployment is expected to be big—really big (in 2019). A report released by RightScale recently documented that 81 percent of enterprises are currently pursuing a multicloud strategy. And on the opening day at VMworld in August, VMware announced a set of products that highlighted its deep commitment to multicloud virtualization. The expected preponderance of multicloud deployments is also predicted to generate a wave of innovation. Multicloud internetworking, orchestration services across clouds and data protection technologies are a few of the new markets the wave is expected to generate. These new technologies will, in turn, become major markets as well.

Multicloud is the norm, and avoiding cloud lock-in becomes even more critical. The cloud should be an architecture and IT experience that constantly delivers—and on private data centers too. In 2019, CIOs will need to be even more mindful of how the cloud is adopted, and try to ensure interoperability and decoupling between the application and the APIs or infrastructure it is running on. After all, what they have selected in the past may not necessarily make sense for the business years from now.

TechTarget’s own look-ahead at cloud computing trends for 2019 produced the following insights from cloud experts:

Multicloud solutions will continue to accelerate because companies have a choice of services. With a well-architected environment, it is possible to blend service offerings to suit a specific use case. The key to a multicloud solution is having the knowledge to design API-driven solitons for scale and portability.

How do you do that? Stay tuned for the next article, focused on the Top Things to Look For in a Hybrid Multicloud Infrastructure in 2019.

×
Stay Ahead of the Competition with a Hybrid Multicloud Vision 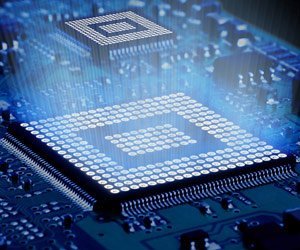